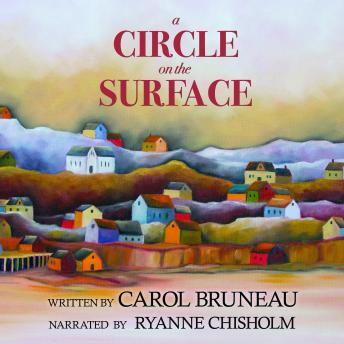 A Circle on the Surface

It's 1943. Enman and Una Greene are newly married. Each is haunted by their respective pasts, and each harbours secrets. They have hopes of a happy life together-though they have little idea how to create such a life.

Enman brings Una to his childhood home in rural Barrein, Nova Scotia, where he hopes they will stay. Una is restless and feeling increasingly trapped, and longs for the city life she once had. Una meets a mysterious man, and then a body washes up on a beach. There are rumours of German sailors roaming the dunes. When the Greenes receive the news they have been waiting for, and that Una is convinced will save her and her marriage, she she begins to unravel in ways neither is prepared for.

From critically acclaimed and bestselling author Carol Bruneau comes an achingly honest portrait of a marriage in a time of war-and an examination of how it is that we come to know ourselves.