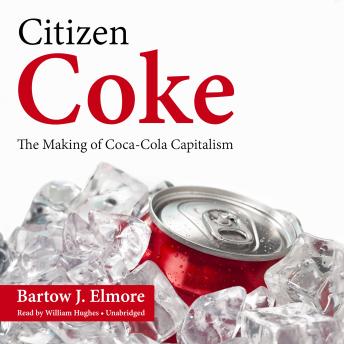 Coke's insatiablethirst for resources shapes the company and reshapes the globe in thisabsorbing history.
Coca-Cola's success in building a global empire out ofsugary water drew on more than a secret formula and brilliant advertising. Thereal secret to Coke's success was its strategy, from the beginning, to offloadproduction costs and risks onto suppliers and franchisees. Outsourcing and atrim corporate profile enabled Coke to scale up production of a low-pricebeverage and realize huge profits.
But the costs shed by Coke have fallen on the public atlarge. Coke now uses an annual 79 billion gallons of water, an increasinglyprecious global resource, and its reliance on corn syrup has helped fuel ourobesity crisis. Bartow J. Elmore explores Coke through its ingredients, showinghow the company secured massive quantities of coca leaf, caffeine, sugar, andother inputs. Citizen Coke became a giant in a world of abundance; in a worldof scarcity, it is a strain on resources and all who depend on them.

This title is due for release on November 3, 2014
We'll send you an email as soon as it is available!