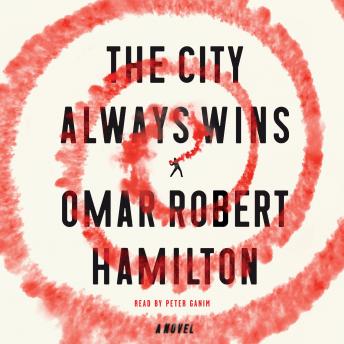 The City Always Wins: A Novel

We've been doing the same thing for hundreds of years. Marching, fighting, chanting, dying, changing, winning, losing . This time will be different. This time the future can still be made new.
The City Always Wins is a novel from the front line of a revolution. Deeply enmeshed in the 2011 uprising in Tahrir Square, Mariam and Khalil move through Cairo's surging streets and roiling political underground, their lives burning with purpose, their city alive in open revolt, the world watching, listening, as they chart a course into an unknown future. They are-they believe-fighting a new kind of revolution; they are players in a new epic in the making.
But as regimes crumble and the country shatters into ideological extremes, Khalil and Mariam's commitment-to the ideals of revolution and to one another-is put to the test.
From the highs of street battles against the police to the paralysis of authoritarianism, Omar Robert Hamilton's bold debut cuts straight from the heart of one of the key chapters of the twenty-first century.Arrestingly visual, intensely lyrical, uncompromisingly political, and brutal in its poetry, The City Always Wins is a novel not just about Egypt's revolution, but also about a global generation that tried to change the world.