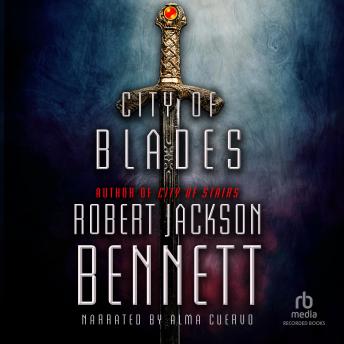 The city of Voortyashtan was once the home of the goddess of death, war and destruction, but now it's little more than a ruin. General Turyin Mulaghesh is called out of retirement and sent to this hellish place to find a Saypuri secret agent who's gone AWOL in the middle of a mission. But the ghosts of past wars have followed her there, and soon she begins to wonder what happened to the souls in the afterlife when the gods were defeated by her people, the Polis. Do the dead sleep soundly in the land of death? Or do they have plans of their own?