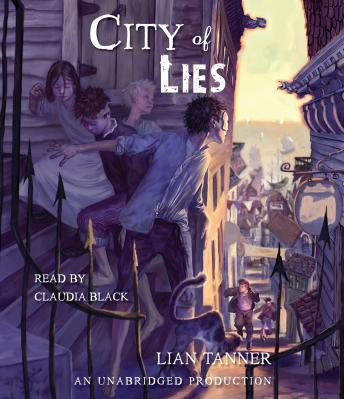 Goldie Roth is a trained thief and a skilled liar. Along with her friend Toadspit, she's supposed to be one of the Keepers of the mysterious Museum of Dunt. But although she desperately wants to be a Keeper, she will not leave her sick parents to do so.
But when Toadspit's sister Bonnie is stolen, he and Goldie are forced to follow the child-stealers to the neighboring city of Spoke. Along the way, Toadspit too is captured, and Goldie is caught up in the Festival of Lies, where every word she says means something else and no one can be trusted. There, Goldie discovers some dangerous secrets—secrets that the child-stealers will kill to protect. She will need all her skills as a thief and a liar if she is to survive and save her friends.