City of the Sun: A Novel 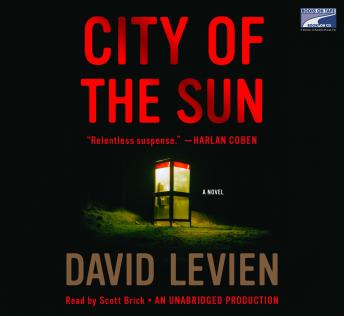 Jamie Gabriel gets on his bike before dawn to deliver newspapers in his suburban Indianapolis neighborhood. He is twelve years old. Somewhere en route, he vanishes without a trace.

Fourteen months later, Paul and Carol Gabriel are on the verge of abandoning all hope. Crushed by frustrating dead ends and exhausted by a police force that cannot (or will not) find their son, the Gabriels finally stumble upon a name–an elusive private investigator who may represent their last chance for answers.

Frank Behr is an enigmatic mountain of a man, a former cop who is reluctant to help–he knows better than to promise the Gabriels a good result. But Paul’s plea for closure stirs up old personal demons that Behr can no longer ignore. Going against everything he fears, Behr enters into an uneasy partnership with Paul on a quest for the truth that is, in turn, dangerous . . . and haunting.

Richly textured and crackling with suspense, CITY OF THE SUN weaves a moody narrative that hinges on the bond between a damaged detective and a lost father. David Levien masterfully peels back the layers of his gripping story, taking listeners on an investigation like no other.

City of the Sun: A Novel