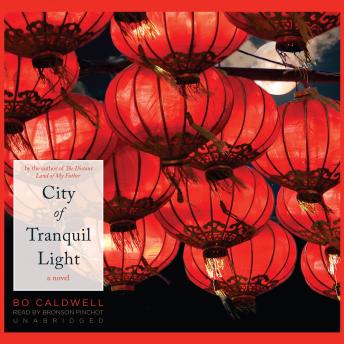 City of Tranquil Light: A Novel

Will Kiehn is seemingly destined for life as a humble farmer in the Midwest when, having felt a call from God, he travels to the vast North China Plain in the early twentieth century. There he is surprised by love and weds a strong and determined fellow missionary, Katherine. They soon find themselves witnesses to the crumbling of a more than two-thousand-year-old dynasty that plunges the country into decades of civil war. As the couple works to improve the lives of the people of Kuang P’ing Ch’eng—City of Tranquil Light, a place they come to love—and face incredible hardship, will their faith and relationship be enough to sustain them?
Told through Will and Katherine’s alternating viewpoints, and inspired by the lives of the author’s maternal grandparents, City of Tranquil Light is a tender and elegiac portrait of a young marriage set against the backdrop of the shifting face of a beautiful but torn nation. A deeply spiritual book, it shows how those who work to teach others often have the most to learn and is further evidence that Bo Caldwell writes “vividly and with great historical perspective” (San Jose Mercury News).

City of Tranquil Light: A Novel