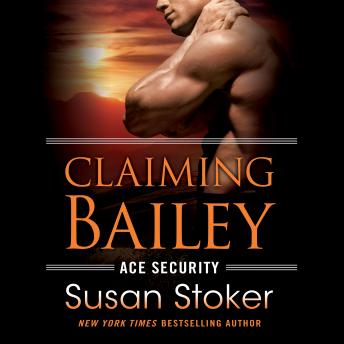 Bailey Hampton will do whatever it takes to keep both herself and her little brother safe from the vicious Inca Boyz gang. Hiding out in Castle Rock, Colorado, is only a temporary solution until she can earn enough money to get out of the state altogether. But when she meets handsome security nerd Nathan Anderson, she discovers a reason to stay and fight for what she wants.

Ace Security's Nathan Anderson has always been the "numbers guy," not the man any of the firm's clients look to when their safety is threatened. But from the first time he ran into Bailey, she never made him feel like less of a protector than his brothers. Nathan was attracted to the petite, black-haired pixie with wild tattoos from the start, and by some miracle, she seems to return his interest.

But danger stalks Bailey and her brother, so it's up to Nathan to channel his inner alpha and find a way to end the threat to their lives once and for all-and he's not giving up Bailey without a fight.