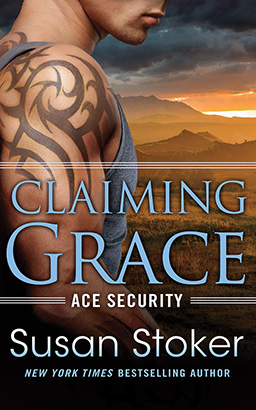 For Logan Anderson, moving on from a traumatic past means moving back to his hometown of Castle Rock, Colorado, to start a personal-security business with his brothers. But it's not long before Logan runs into Grace Mason, his best friend from high school...and the woman who never answered his letters during his Army years. Grace was pleasantly surprised to see Logan return to Castle Rock, despite their falling-out ten years ago. Everyone always assumed they would end up together, including Grace, who had eyes only for him. But as Logan eventually escaped their town, Grace got pulled further into her family's controlling grasp-and farther away from the man she loved. Now, united by scars both visible and not, the two must fight to free Grace from the suffocating hold of her family. But the Masons won't let go easily-and they'll do whatever it takes to keep the couple apart.