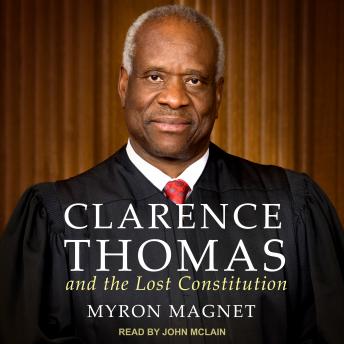 Clarence Thomas and the Lost Constitution

When Clarence Thomas joined the Supreme Court in 1991, he found with dismay that it was interpreting a very different Constitution from the one the framers had written-the one that had established a federal government manned by the people's own elected representatives, charged with protecting citizens' inborn rights while leaving them free to work out their individual happiness themselves, in their families, communities, and states.

Thomas, had deep misgivings about the new governmental order. He shared the framers' vision of free, self-governing citizens forging their own fate. And from his own experience growing up in segregated Savannah, flirting with and rejecting black radicalism at college, and running an agency that supposedly advanced equality, he doubted that unelected experts and justices really did understand the moral arc of the universe better than the people themselves, or that the rules and rulings they issued made lives better rather than worse. So in the hundreds of opinions he has written in more than a quarter century on the Court, he has questioned the constitutional underpinnings of the new order and tried to restore the limited, self-governing original one, as more legitimate, more just, and more free than the one that grew up in its stead. The Court now seems set to move down the trail he blazed.