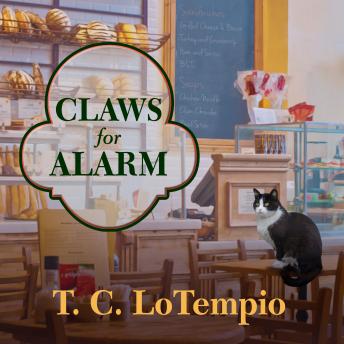 Since inheriting her mother's sandwich shop, Nora Charles is more about hot grilled paninis than cold-blooded murder-until her sister Lacey is arrested. The victim, an esteemed art collector and Lacey's bullying professor, was stabbed in the heart. Apparently, all over a lousy grade.

Off campus, things were just as dicey. The prof had an ex with secrets, a trophy wife set to inherit a fortune in masterworks, and a scorned student mistress. Going undercover, Nora realizes that investigating this crime is the biggest test of her sleuthing career. Because if she fails, even Nick's animal instinct won't be enough to rescue Lacey from a perfectly executed framing.