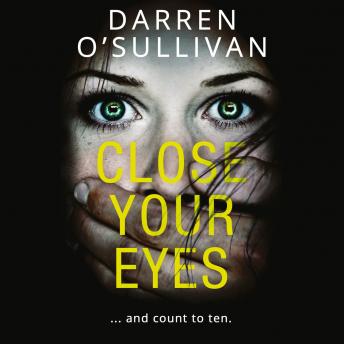 Close your eyes...and count to ten.
'I was gripped by this taut and emotional thriller.' Louise Jensen, author of The Sister.

'A well crafted, nail biting thriller crammed with unpredictable twists. It wrong foots you with a killer twist that will have you re-reading because you can't believe you didn't see it coming.' John Marrs, author of The One

'I thought it was absolutely brilliant - really fast-paced, and packed full of action.' Lisa Hall, author of Between You and Me

A phone call in the middle of the night demands he return what he stole back when he was young - but Daniel has no idea what it could be, or who the person on the end of the line is.

But one thing is terrifyingly clear: if he doesn't find out what he took and return it before the week ends, his family will be murdered.

Rachael doesn't know why she and Thomas, her six-year-old son, have been taken. But she knows she needs to protect him. To save his innocence, she tells Thomas they are involved in a story, one that will have a happy ending - as long as he can close his eyes when she tells him to.

Will Daniel discover what he cannot remember and save his family? Or will Rachael have to take drastic action to save their son?


From the best-selling author of Our Little Secret comes a new psychological thriller with a shocking twist.

'Engrossing, compelling and twisty from the first page to the shocking ending. This book grabbed me and didn't let go.' Michele Campbell

'Unique and utterly compelling. This twisty psychological thriller will chill you to the bones.' Gemma Metcalfe

This title is due for release on May 5, 2018
We'll send you an email as soon as it is available!