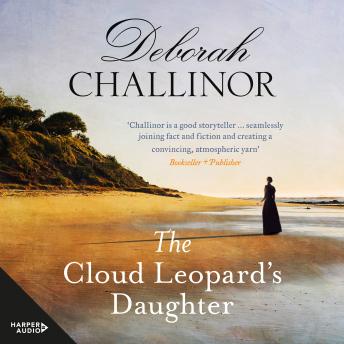 On the gold fields of the colonies, enemies are easily made. In the confines of a ship, they can turn deadly. For readers of Bryce Courtenay's POTATO FACTORY, Philippa Gregory and Tracy Chevalier.

When Kitty and Rian Farrell sail their schooner Katipo III into Dunedin Harbour in 1863, they are on tenterhooks. The new Otago goldfields have attracted all-comers, including their friend Wong Fu from Ballarat, who has sent a message for their help.

To their surprise, Wong Fu reveals he is more than a mere fortune seeker - he is in fact a Cloud Leopard tong master and his daughter, Bao, has been kidnapped and taken to opium-ridden China.

Kitty and Rian agree to retrieve the missing Bao, but as they sail closer to their quarry the stakes jump dramatically. And little do they know that the deadliest threat lies in their midst.

The Cloud's Leopard's Daughter takes us through dangerous and unpredictable shoals of love, lust, greed and opium, in search of not one, but two, fiery yet vulnerable women - puppets in other people's calculated games.

PRAISE FOR DEB CHALLINOR'S A TATTOOED HEART
'Brilliant finale to this series based on Australia's convict past' -- Jan GoodReads
'... one of those books that you want to read slowly so it doesn't end but can't help rushing through to find out what happens!' -- Sarah Courtney, GoodReads
'Fantastic end to the convict girls series! Couldn't put it down!!!' -- Catherine Maisey, GoodReads
'Challinor is a good storyteller; her characters have depth and her historical backdrops are well researched, seamless joining fact and fiction and creating a convincing, atmospheric yarn' -- Bookseller + Publisher
'Seamlessly fuses historical fact and engrossing fiction' -- Queensland Times