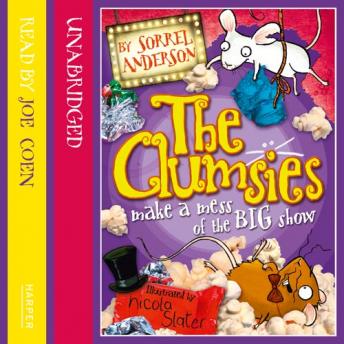 THE CLUMSIES MAKE A MESS OF THE BIG SHOW

The Clumsies are back in their third and most hilarious book yet! Full of the surreal invention and sparkling wit we've come to expect, this latest instalment will have everyone checking under their desks for talking mice...

Howard's evil boss Mr Bullerton has decided to put on a Big Show at work - and he wants Howard to sing!

Trouble is, Howard's singing is worse than awful... and Mr Bullerton knows it. Now Howard faces an epic humiliation. Can the Clumsies help by turning Mr Bullerton's concert into total chaos?

CLUMSIES MAKE A MESS OF THE BIG SHOW