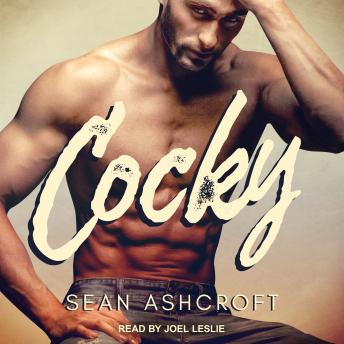 Faking a relationship with an injured hockey player had never been on Eliot's to-do list. When he's sent by his editor at Cocky to interview the newly-out hockey legend Danny Harper, though, he gets a little more than he bargained for.

Eliot has been stuck writing a men's fashion and grooming column that no one reads since he started at Cocky-a men's lifestyle magazine-a year ago. Desperate to prove himself, he takes the assignment to interview Harper, even though he couldn't necessarily hold a hockey stick the right way up in an emergency.

Danny turns out to be nothing like he expected-a lonely man who's missed out on a lot by being in the closet, rather than the overconfident jock Eliot expects him to be. As much as he doesn't want to be, Eliot finds himself drawn to the other man.

When Danny proposes they fake a relationship to improve his image, Eliot jumps at the chance-not only does he need the money, but his curiosity about Danny demands to be satisfied.

With Danny struggling to get through the season on a busted knee and Eliot digging up the story that could make his career, can the two of them admit their real feelings and find their happy ending?

Yes, loved this HEA for them. Third-person POV, spicy scenes happen near the end. They’re cute and there’s a little mystery— overall enjoyable and I’m interested in the next book in the series.

This is just too cute! The characters are cute too.

Good story which resolved fairly quickly. Couldn't work out the accent for Eliot which sounded vaguely Australian but it was not a major problem.