The Coke Machine: The Dirty Truth Behind the World's Favorite Soft Drink 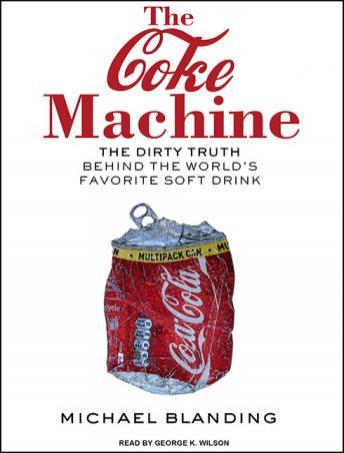 Ever since its 'I'd Like to Teach the World to Sing' commercials from the 1970s, Coca-Cola has billed itself as the world's beverage, uniting all colors and cultures in a mutual love of its caramel-sweet sugar water. The formula has worked incredibly well, making it one of the most profitable companies on the planet and Coca-Cola the world's second-most-recognized word after hello. However, as the company expands its reach into both domestic and foreign markets, an increasing number of the world's citizens are finding the taste of Coke more bitter than sweet.

-Coca-Cola's history of winning at any cost, even if it meant that its franchisees were making deals with the Nazis and Guatemalan paramilitary squads

-The horrific environmental impact of Coke bottling plants in India and Mexico, where water supplies have been decimated while toxic pollution has escalated

-That Coke bottlers stand accused of conspiring with paramilitaries to threaten, kidnap, and murder union leaders in their bottling plants in Colombia

A disturbing portrait drawn from an award-winning journalist's daring, in-depth research, The Coke Machine is the first comprehensive probe of the company and its secret formula for greed.