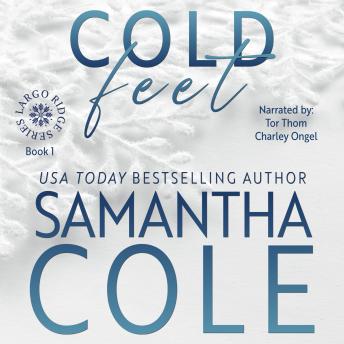 Written By: Samantha A. Cole

The last thing Buck Thompson expects a few days after retiring from the military is to inherit a share of a ski resort. That solves his problem of trying to decide what to do now that he’s a civilian again. But he’s not the only one to return to Largo Ridge after a long absence.

When Regina Vaughn calls off her wedding at the last minute, her brother brings her back to their childhood home. She couldn’t marry a man she loved but wasn’t in love with. Only one man fell into that category—Buck. However, after their one and only kiss, when she’d been nineteen, he’d turned tail and run, leaving her confused and heartbroken.

For six years, Regina had been out of sight but not quite out of Buck’s mind. He’d made a big mistake back then, giving into the urge to kiss her. But she’d been sweet and naive, and he’d already had his heart hardened by the things he’d done and seen in combat, so he’d backed away from her for her own good. Since then, he’d been able to avoid her as much as possible during mutual visits to their hometown. With his PTSD, and guilt about lusting over his best friend’s sister, it’d been best to leave her alone.

Now, with them both living in Largo Ridge again, it’s getting harder to ignore the attraction growing stronger between them. Does Buck have the courage to stand up and love the woman his heart knows is his? And will Regina let him?

by Samantha A. Cole