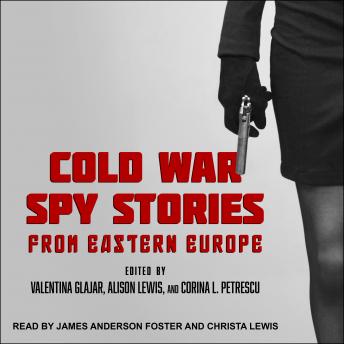 During the Cold War, stories of espionage became popular on both sides of the Iron Curtain, capturing the imagination of readers and filmgoers alike as secret police quietly engaged in surveillance under the shroud of impenetrable secrecy. And curiously, in the post-Cold War period there are no signs of this enthusiasm diminishing.

The opening of secret police archives in many Eastern European countries has provided the opportunity to excavate and narrate forgotten spy stories for the first time. Cold War Spy Stories from Eastern Europe brings together a wide range of accounts compiled from the East German Stasi, the Romanian Securitate, and the Ukrainian KGB files. The stories are a complex amalgam of fact and fiction, history and imagination, past and present. These stories of collusion and complicity, betrayal and treason, right and wrong, and good and evil cast surprising new light on the question of Cold War certainties and divides.