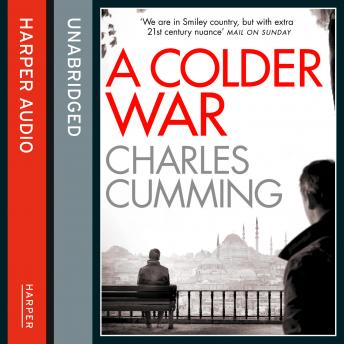 From the Top 10 Sunday Times bestselling author and winner of the CWA Ian Fleming Steel Dagger for Best Thriller of the Year.

The only man she can trust is Thomas Kell, a disgraced spy searching for redemption.

Arriving in Istanbul, Kell discovers that MI6 operations in the region have been fatally compromised: a traitor inside Western Intelligence threatens not just the Special Relationship, but the security of the entire Middle East.


Kell’s search for the mole takes him from London, to Greece, and into Eastern Europe. But when Kell is betrayed by those closest to him, the stakes become personal. He will do anything to see this operation through – including putting himself, and others, in the line of fire…