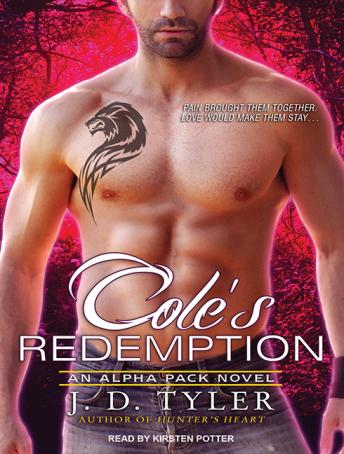 Once, they were Navy SEALS. Now they are the Alpha Pack: a top-secret team of wolf shifters with Psy powers who take on the darkest dangers on Earth. But sometimes the greatest danger lies within their own hearts . . .

Healer and black wolf shifter Zander Cole has survived horrors that would have broken a weaker man. But when a battle leaves him deaf and his powers dimmed, Zan is devastated. Believing himself to be a burden to his team, he sees only one option: leave the Pack forever.

White wolf shifter Selene Westfall knows pain-she is certain her father was responsible for her mother's death. And she lives to exact revenge. So when she is challenged by a savage black wolf, she puts up a vicious fight-only to become the black wolf's Bondmate as a result of his bite.

Two damaged souls-one filled with hatred and one who's lost his reason for living-are forced together as they come to terms with their unlikely, turbulent bond. A love neither expected may be all that stands between them and a killer trying desperately to keep the past dead and buried.