The Collapse of the Soviet Unionr: The History of the USSR Under Mikhail Gorbachev 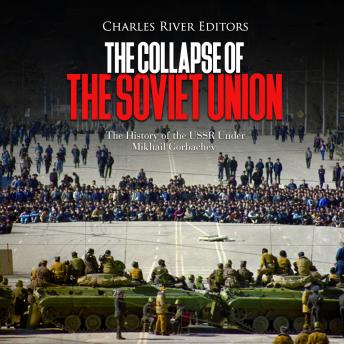 The Cold War moved into one of its most dangerous phases after Brezhnev's death as both sides deployed nuclear weapons within alarming proximity in Europe. A NATO exercise, "Operation Able Archer," almost led to a Soviet miscalculation, and when the Soviets shot down a South Korean airliner in September 1983, claiming it had strayed into Soviet airspace, the Cold War became very tense indeed.
After going through three elderly leaders in three years, Mikhail Gorbachev was chosen as the new General Secretary at the relatively youg age of 54 in March 1985. Gorbachev hoped to build the Soviet economy to relieve the persistent shortages of consumer goods it faced, which were caused by enormous military spending of the Soviet Union. Gorbachev tried to introduce some economic reforms, but they were blocked by communist hardliners. Gorbachev then came to the belief that the Soviet economy could not improved without political reform as well. Limited political reforms, such as broadcasting uncensored debates in which politicians openly questioned government policy, backfired when they energized eastern European opposition movements which began to overthrow their communist governments in 1989. Gorbachev was unwilling to reoccupy these eastern European nations and use the Soviet army to put down these revolts.
In comparison with other Soviet leaders, Gorbachev was leader of the USSR for a relatively short period, but the changes that took place under his leadership were monumental, including some that were intended and others that were unforeseen. Gorbachev oversaw the end of the Cold War and the peaceful transition away from communism in Central and Eastern Europe, and he ended the war in Afghanistan and many other proxy conflicts in the developing world.

Collapse of the Soviet Unionr: The History of the USSR Under Mikhail Gorbachev