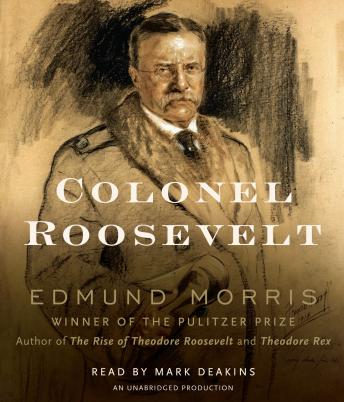 This biography by Edmund Morris, the Pulitzer Prize– and National Book Award–winning author of The Rise of Theodore Roosevelt and Theodore Rex, marks the completion of a trilogy sure to stand as definitive.

Of all our great presidents, Theodore Roosevelt is the only one whose greatness increased out of office. What other president has written forty books, hunted lions, founded a third political party, survived an assassin’s bullet, and explored an unknown river longer than the Rhine?

Packed with more adventure, variety, drama, humor, and tragedy than a big novel, yet documented down to the smallest fact, this masterwork recounts the last decade of perhaps the most amazing life in American history.

“Hair-raising . . . awe-inspiring . . . a worthy close to a trilogy sure to be regarded as one of the best studies not just of any president, but of any American.”—San Francisco Chronicle