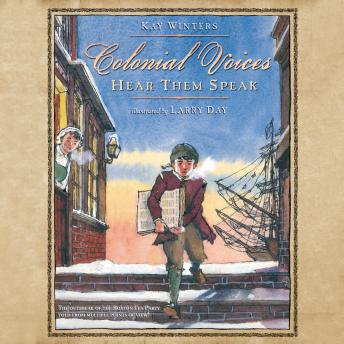 Colonial Voices: Hear Them Speak: The Outbreak of the Boston Tea Party Told from Multiple Points-of-View!

Follow an errand boy through colonial Boston as he spreads word of rebellion.

It's December 16, 1773, and Boston is about to explode! King George has decided to tax the colonists' tea. The Patriots have had enough. Ethan, the printer's errand boy, is running through town to deliver a message about an important meeting. As he stops along his route—at the bakery, the schoolhouse, the tavern, and more—listeners learn about the occupations of colonial workers and their differing opinions about living under Britain's rule. This fascinating audiobook is like a field trip to a living history village.

Colonial Voices: Hear Them Speak: The Outbreak of the Boston Tea Party Told from Multiple Points-of-View!