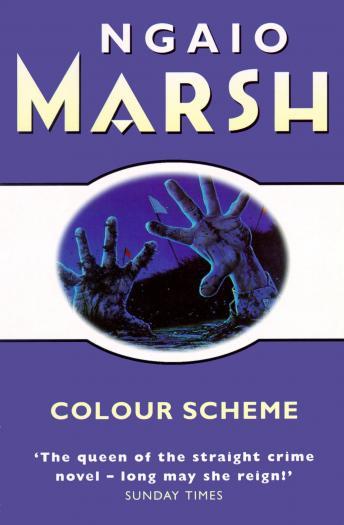 Even down in New Zealand, war-fueled spy fever is running wild. Near the decaying sulphur springs of Colonel and Mrs. Claire, the strange lights and signals being sent to foreign ships at sea indicate that there's a spy in their midst.
Soon an even darker sign appears: a health-seeker with untoward intentions meets his demise in the boiling mud baths. Scotland Yard's Chief Inspector Roderick Alleyn, far from home on a wartime quest for German agents, knows that any number of people could have killed the unpleasant man: the English exiles he'd hated, the New Zealanders he'd despised, or the Maoris he'd insulted. Even the spies he'd thwarted-if he wasn't a spy himself. And when a new arrival appears, one who possesses the cunning of a criminal and the insight of a psychologist, the inspector's interest is piqued.
Often regarded as her most interesting book and set on New Zealand's North Island, Ngaio Marsh herself considered this to be her best-written novel.