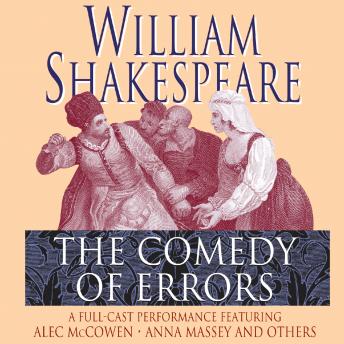 The Comedy Of Errors

We came into the world like brother and brother; And now let's go hand in hand, not one before another. - Dromio of EphesusThe Comedy of Errors is likely the very first play Shakespeare ever wrote, and for that reason alone it deserves a special place in literary history. Yet, despite the author's lack of maturity, the play is unmistakably the work of a burgeoning master. A farce of a type that was wildly popular in Shakespeare's day, The Comedy of Errors transcends its genre, and is as accessible and as entertaining as any of the Bard's later comedies. Revolving around the naturally comedic themes of identical twins and mistaken identity, The Comedy of Errors is a delightful milestone in the remarkable career of the greatest dramatist of all time.