The Comey Gang: An Insider's Look at an FBI in Crisis 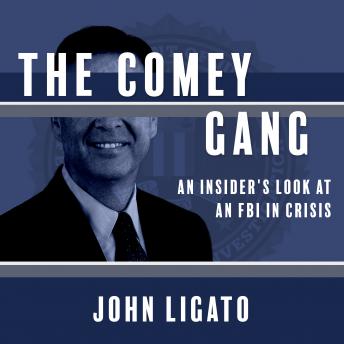 An FBI insider explains how a group of high-level bureaucrats attempted to alter history and unseat a sitting president.

The FBI is suffering its worst crisis ever. The integrity and reputation built over a century is in jeopardy. In 2016, the FBI Director-along with several other senior executives from the Bureau and Justice Department-attempted to falsify one of the most significant presidential elections in American history. Retired FBI agent John Ligato takes you behind the scenes into the bowels of the Bureau's culture and explains how it happened-and how to fix it.

Comey Gang: An Insider's Look at an FBI in Crisis