The Comfort of Monsters: A Novel 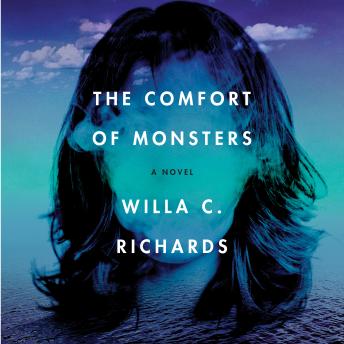 Set in Milwaukee during the “Dahmer summer” of 1991, A remarkable debut novel for fans of Mary Gaitskill and Gillian Flynn about two sisters—one who disappears, and one who is left to pick up the pieces in the aftermath.

In the summer of 1991, a teenage girl named Dee McBride vanished in the city of Milwaukee. Nearly thirty years later, her sister, Peg, is still haunted by her sister's disappearance. Their mother, on her deathbed, is desperate to find out what happened to Dee so the  family hires a psychic to help find Dee’s body and bring them some semblance of peace.

The appearance of the psychic plunges Peg back to the past, to those final carefree months when she last saw Dee—the summer the Journal Sentinel called “the deadliest . . . in the history of Milwaukee.” Serial killer Jeffrey Dahmer’s heinous crimes dominated the headlines and overwhelmed local law enforcement. The disappearance of one girl was easily overlooked.

Peg’s hazy recollections are far from easy for her to interpret, assess, or even keep clear in her mind. And now digging deep into her memory raises doubts and difficult—even terrifying—questions. Was there anything Peg could have done to prevent Dee’s disappearance? Who was really to blame for the family's loss? How often are our memories altered by the very act of voicing them? And what does it mean to bear witness in a world where even our own stories are inherently suspect?

A heartbreaking page-turner, Willa C. Richards’ debut novel is the story of a broken family looking for answers in the face of the unknown, and asks us to reconsider the power and truth of memory.

Comfort of Monsters: A Novel