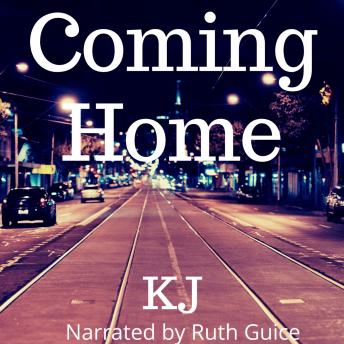 What would happen if your regular, ordinary, safe, everyday existence suddenly became…not any of those things? When Samantha Markson, Ordinary Person, is thrust into the life of Abigail Taylor, Not At All Ordinary Person, it proves to be an experience like she’s never had before. World famous actress Abigail Taylor is in Melbourne filming her new movie, and is accompanied by her nine year old daughter, Grace, because Abigail wants her to experience an Australian education for three months. Sam Markson is a teacher at one of the best schools in Melbourne, and is perfectly happy doing that, thank you very much, when she’s suddenly redirected from the classroom into the job as Grace’s teacher; a move so fast that even blinking would feel like slow motion. Sam has never met anyone like Abigail Taylor, and she starts to realise that her ordinary life might actually be missing something extraordinary.

This a very very sweet story. If you’re not into overwhelming chemistry and nice people being happy, Coming Home is probably not for you, but you’ll be missing out. Sam (a total sweetheart) is a Year 4 teacher in a private school in Melbourne, Australia. At the start of the new year, she’s volunteered by the school director to tutor famous Hollywood actress Abigail Taylor’s daughter Grace while the star is in town for a movie. Sam is a huge Taylor fan, and pretty soon, both Grace and Abigail (Abby) in return become huge Sam fans. That’s what being a total sweetheart gets you. Something is obviously happening from the beginning between Sam and Abby. I wouldn’t say it’s love at first sight, but there’s definitely interest. As much as I loved the relationship between Sam and Grace and even though I know the way to a mother’s heart is through her kids, I wish there had been more Sam / Abby interaction in the first part of the story. From the little there is, the chemistry is ginormous, but still, it feels a little too much of the first stages of falling for each other happens backstage. After a while, it gets much more balanced and all is well in the world. Until, of course, the movie is almost done and Abby and Grace prepare to go back to Los Angeles. I’ve been reading a lot of books with children in them, and either I’m getting old and soft or authors are getting better at writing kids. In any case, Grace completely sounds like a real child, a very charming, vivacious nine-year-old one, and she’s an important and welcome part of the story. Both Abby and Sam are good people and you can’t help wanting them to be happy. Sam is so talented at making everyone around her feel good and at ease that, apart from Stacey (Abby’s PR person), every character feels like someone who would make a good friend. I don’t know how much of that comes from the characters themselves or from the fact that the reader comes to know them through their interplay with Sam. She seems to make everybody happy so maybe we only see their good side, thanks to her. There’s a contagious energy in this book that comes from the characters’ spirited personalities but also from the structure of the story, which is told in rather short scenes. It’s both good and bad in that it gives the story an excellent pace but at the same time, I wish I had had more time to settle in some of the scenes, to immerse myself a little longer in the feelings they evoke. Because they are pretty big feelings. And that’s definitely a good thing. Coming Home is Ruth Guice’s first audiobook, and I guess it shows a little in some of the pauses that are a tad too long, or a couple of instances where the pace slows down a bit, but it really doesn’t matter when everything else is so freaking good. Sam’s voice is awesome, just as sweet as I imagined, Grace’s sounds like the adorable kid she is and Abigail’s voice is perfectly sexy, as befits a Hollywood superstar. KJ is an Australian author, and the story is set in Melbourne, so she went with an Australian voice-over artist, which pleases my ears a lot. I hope Ms Guice keeps narrating lesfic, KJ’s other books of course, but also various authors’, because she’s a real find. She brought tears to my eyes quite a few times, and managed to bring even text messages to life. That’s serious talent.