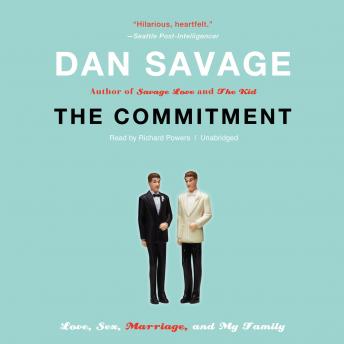 The Commitment: Love, Sex, Marriage, and My Family

In a time when much of the country sees red whenever the subject of gay marriage comes up, Dan Savage—outspoken author of the column Savage Love—makes it personal.

Dan Savage’s mother wants him to get married. His boyfriend, Terry, says “no thanks” because he doesn’t want to act like a straight person. Their six-year-old son, D.J., says his two dads aren’t “allowed” to get married but that he’d like to come to the reception and eat cake. Throw into the mix Dan’s straight siblings, whose varied choices form a microcosm of how Americans are approaching marriage these days, and you get a rollicking family memoir that will have everyone—gay or straight, right or left, single or married—howling with laughter and rethinking their notions of marriage and all it entails.