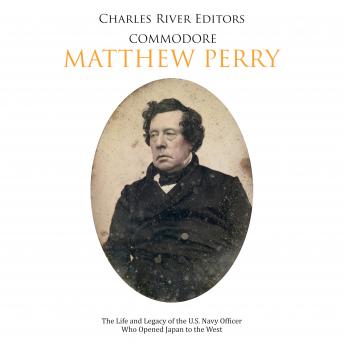 Commodore Matthew Perry: The Life and Legacy of the U.S. Navy Officer Who Opened Japan to the West

Perry’s 1853 flotilla included two sailing ships and two steamships, and Perry returned in February 1854. The Japanese may not have been very impressed with the gifts from America that Perry presented, but they clearly were impressed by the steamships. Perry’s cruises and other threatening events resulted in a fundamental change in Japan, so much so that after having given up guns in the 1600s, the Japanese quickly moved to reintroduce them in the wake of the Americans’ arrival. It became painfully evident that if Japan was to avoid becoming another victim of European colonial expansion, the country would have to become powerful itself.

Perry remains a fairly familiar name in America as a result of his time in Asia, but that legacy actually belies just how influential he was for the U.S. Navy back at home. Known as the “Father of the Steam Navy” in America, Perry not only modernized America’s naval forces, but literally wrote the book on it, helping put together doctrinaire curricula for the country’s future sailors. He was also a seasoned veteran, having fought in the War of 1812 and the Mexican-American War, ensuring that by the time he died in 1858, he was considered a national hero.

Commodore Matthew Perry: The Life and Legacy of the U.S. Navy Officer Who Opened Japan to the West

This title is due for release on March 21, 2020
We'll send you an email as soon as it is available!