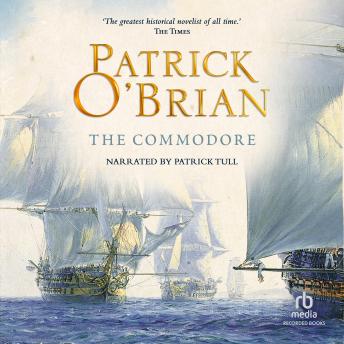 For years, critics have hailed Patrick O'Brian's seafaring adventure series as "the best historical novels ever written" (New York Times). With elegant language, eccentric characters, and authentic period atmosphere, the series transports you to the high seas of the Napoleonic era. After a dangerous tour of duty in the Great South Sea, Jack and Stephen return to their families in England. For Jack, the homecoming is joyful, but for Stephen, it is heartbreaking. His wife, Diana, has left for parts unknown, and his young daughter has all the symptoms of autism. To escape these painful circumstances, Stephen joins Jack on a bizarre decoy mission to the lagoons of the Gulf of Guinea. There surprises lurk in various guises: risky confrontations with slave traders, secret battle plans for a French invasion, and, possibly, word of Diana's whereabouts.

This title is due for release on January 16, 2004
We'll send you an email as soon as it is available!