The Commoner: A Novel 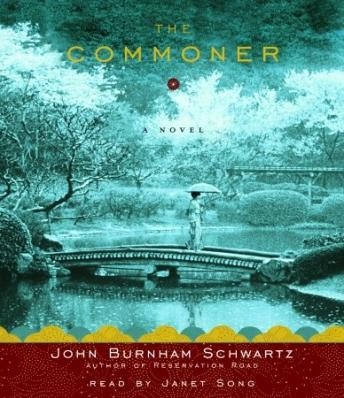 It is 1959 when Haruko, a young woman of good family, marries the Crown Prince of Japan, the heir to the Chrysanthemum Throne. She is the first non-aristocratic woman to enter the longest-running, almost hermetically sealed, and mysterious monarchy in the world. Met with cruelty and suspicion by the Empress and her minions, Haruko is controlled at every turn. The only interest the court has in her is her ability to produce an heir. After finally giving birth to a son, Haruko suffers a nervous breakdown and loses her voice. However, determined not to be crushed by the imperial bureaucrats, she perseveres. Thirty years later, now Empress herself, she plays a crucial role in persuading another young woman—a rising star in the foreign ministry—to accept the marriage proposal of her son, the Crown Prince. The consequences are tragic and dramatic.

Told in the voice of Haruko, meticulously researched and superbly imagined, The Commoner is the mesmerizing, moving, and surprising story of a brutally rarified and controlled existence at once hidden and exposed, and of a complex relationship between two isolated women who, despite being visible to all, are truly understood only by each other. With the unerring skill of a master storyteller, John Burnham Schwartz has written his finest novel yet.