The Communist Manifesto and Other Writings 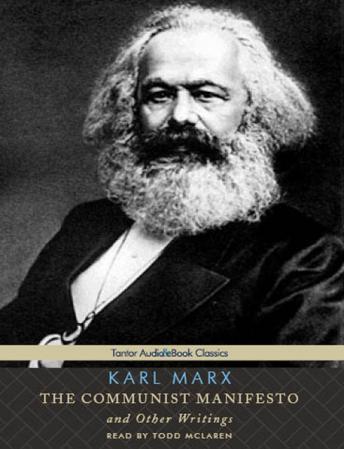 Widely debated since its publication in 1848, The Communist Manifesto is one of the world's most influential political manuscripts. Presenting an analytical approach to the problems of capitalism and the resulting class struggle between the bourgeoisie and the proletariat, the text lays out the rationale and goals of communism as conceived by Karl Marx and Friedrich Engels. This edition of The Communist Manifesto is based on the English edition of 1888. In addition, this collection includes the following essays and writings by Marx, translated by H. J. Stenning: 'A Criticism of the Hegelian Philosophy of Right,' 'On the King of Prussia and Social Reform,' 'Moralizing Criticism and Critical Morality: A Polemic Against Karl Heinzen,' 'Proudhon,' 'French Materialism,' and 'The English Revolution.'

Communist Manifesto and Other Writings