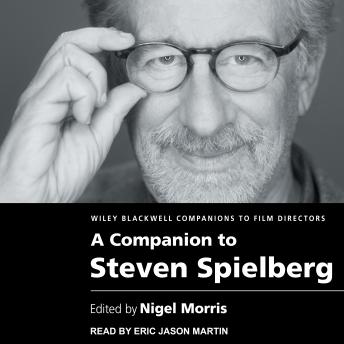 A Companion to Steven Spielberg

A Companion to Steven Spielberg provides an authoritative collection of essays exploring the achievements and legacy of one of the most influential film directors of the modern era.

- Offers comprehensive coverage of Spielberg's directorial output, from early works, including Duel, The Sugarland Express, and Jaws, to recent films

- Explores Spielberg's contribution to the development of visual effects and computer games, as well as the critical and popular reception of his films

- Topics include in-depth analyses of Spielberg's themes, style, and filming techniques; commercial and cultural significance of the Spielberg 'brand' and his parallel career as a producer; and collaborative projects with artists and composers

- Creates a timely and illuminating resource which acknowledges the ambiguity and complexity of Spielberg's work, and reflects its increasing importance to film scholarship