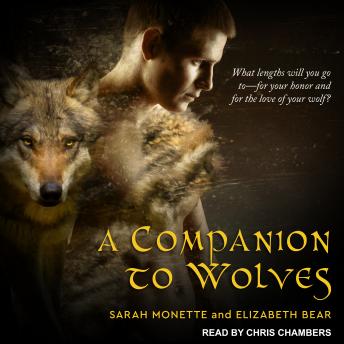 A Companion to Wolves

A Companion to Wolves is the story of a young nobleman, Isolfr, who is chosen to become a wolfcarl-a warrior who is bonded to a fighting wolf. Isolfr is deeply drawn to the wolves, and though as his father's heir he can refuse the call, he chooses to go.

The people of this wintry land depend on the wolfcarls to protect them from the threat of trolls and wyverns, though the supernatural creatures have not come in force for many years. Men are growing too confident. The wolfhealls are small, and the lords give them less respect than in former years. But the winter of Isolfr's bonding, the trolls come down from the north in far greater numbers than before, and the holding's complaisance gives way to terror in the dark.

Isolfr, now bonded to a queen wolf, Viradechtis, must learn where his honor lies, and discover the lengths to which he will to go when it, and love for his wolf, drive him.