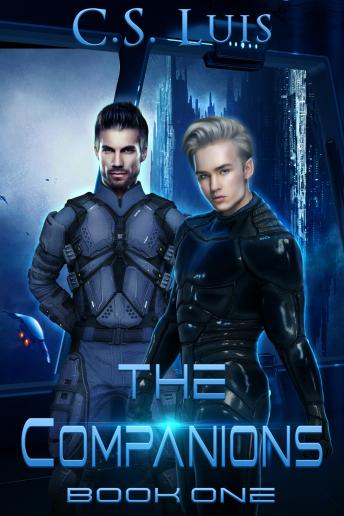 In a galaxy filled with slaves and governed by uniformed masters, Station Victoria is no different. But even under all the leather, silk and bondage fetish, young cadet, Gabriel Heinrich, is restless and bored. After returning from a short vacation, he finds himself more bored with the way of life in Station Victoria than ever. Distracted even from things that once made him happy and finding himself distant from his longtime lover, Eric Peterson, he longs to escape the bondage of the Station.

Meanwhile, at an auction, a traditional way of life in Station Victoria has begun. This may well be the thing to reawaken young Gabriel’s obsession, or have they awakened desire and feelings of another kind, feelings that have kept him a slave to one man, Admiral Patrick, and will he act upon them?

With time, he finds himself in Delta Station millions of light years away from Victoria under the new command of an officer by the name of Armstrong. Only Commander Armstrong has his own plans for the young Cadet. And Gabriel finds more trouble than he bargained for under his watchful eyes.

And even though Victoria is the place of sexual fetish and training compounds for beginning Slaves, it’s in Delta where young Cadet Heinrich begins to learn there’s a greater master.