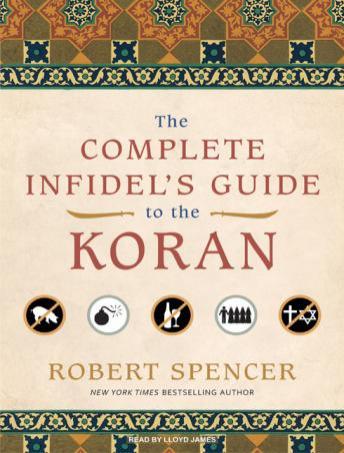 The Complete Infidel's Guide to the Koran

The Koran: It may be the most controversial book in the world. Some see it as a paean to peace, others call it a violent mandate for worldwide Islamic supremacy.

How can one book lead to such dramatically different conclusions? New York Times bestselling author Robert Spencer reveals the truth in The Complete Infidel's Guide to the Koran: not many Westerners know what's in the Koran because few have actually read it-even among the legions of politicians, diplomats, analysts, and editorial writers who vehemently insist that the Koran preaches tolerance.

Now Spencer unveils the mysteries lying behind this powerful book, guiding listeners through the controversies surrounding the Koran's origins and its most contentious passages. Stripping out the obsolete debates, Spencer focuses on the Koran's decrees toward Jews, Christians, and other infidels, explaining how they were viewed in Muhammad's time, what they've supposedly done wrong, and, most important, what the Koran has in store for them.

A very informative read. I believed that to better understand beliefs behind why some people did what they did, I needed to research it. This is the book to read to learn what the Koran is, and isn't, about.