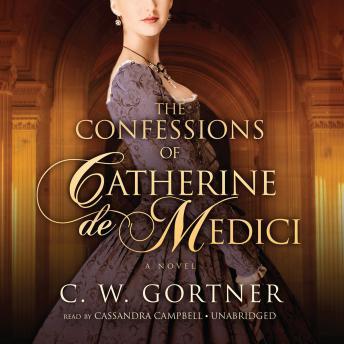 The Confessions of Catherine de Medici: A Novel

From C. W. Gortner, acclaimed author of The Last Queen, comes an ambitious and gripping new novel about the dramatic, tragic, and misunderstood life of one of history’s most powerful and influential women: Catherine de Medici.
To some, she was the ruthless queen who led France into an era of savage violence. To others, she was the passionate savior of the French monarchy. In this brilliantly imagined novel, acclaimed author C. W. Gortner brings Catherine to life in her own voice, allowing us to enter the intimate world of a woman whose determination to protect her family’s throne and realm plunged her into a lethal struggle for power.
From the fairy-tale chateaux of the Loire Valley to the battlefields of the wars of religion to the mob-filled streets of Paris, The Confessions of Catherine de Medici is the extraordinary untold journey of one of the most maligned and misunderstood women ever to be queen.