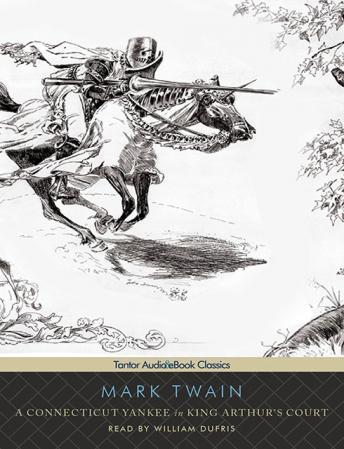 A Connecticut Yankee in King Arthur's Court is both a whimsical fantasy and a social satire chock-full of brilliant Twainisms. Hank Morgan, a nineteenth-century American-a Connecticut Yankee-by a stroke of fate is sent back into time to sixth-century England and ends up in Camelot and King Arthur's Court. Although of average intelligence, he finds himself with knowledge beyond any of those in the sixth century, and he uses it to become the king's right hand man and to challenge Merlin as the court magician. Astounded at the way of life in Camelot, Hank does the only thing he can think of to do: change them. In his attempt to civilize medieval Camelot, he experiences many challenges and misadventures.