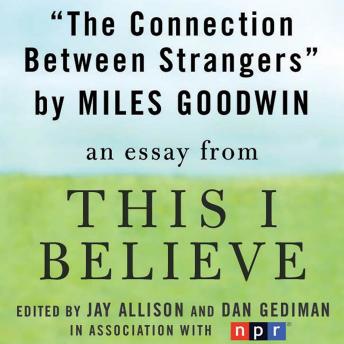 The Connection Between Strangers: A 'This I Believe' Essay

Miles Goodwin describes the profound impact of a small 'Connection Between Strangers' for NPR’s This I Believe series.