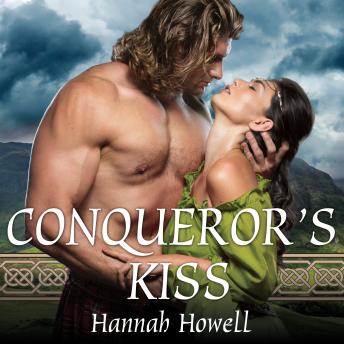 Jennet Graeme has witnessed terrible tragedy during the many years of strife between the Scots and the English. As Scottish invaders plunder her convent sanctuary, she defiantly resists the blond warrior who claims her as his prize. But his brute strength is overpowering, and Jennet is forced to ride with him through the lawless lands, tending to the wounded, protected and desired by a man she wants to hate but cannot.

Sir Hacon Gillard is moved by Jennet's compassion and mercy. As a loyal knight, he's pledged fealty to his king's command even as he loses his heart to this remarkable woman. He is merciless in combat, but within him burns a spark for something far beyond the heat of battle . . .Contains mature themes.