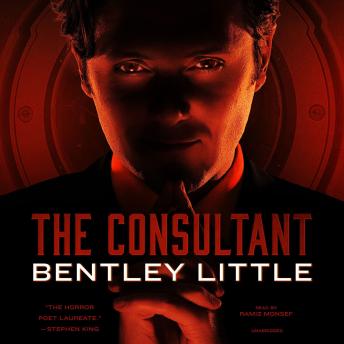 CompWare is in serious trouble after a promised merger falls through, so they do what other businesses have done to bolster their public image: they hire a consulting firm to review and streamline their business practices.

But there’s something strange about the firm they hire—more specifically, the quirky gentleman who arrives to supervise the project: Mr. Patoff, tall and thin and wearing a bow tie and with an odd smile that never quite reaches his eyes.

In his first interactions, the consultant asks inappropriate questions and generally seems a nuisance. Over time, Patoff gains power to the point where he seems to be running the whole company. He enacts arbitrary and invasive changes to office protocol; he places cameras all over the building, causing paranoia among the workers; he calls employees at all hours of the night; and he visits some of their homes and menaces their families. People who defy the consultant get fired … or worse. The employees of CompWare soon realize they’re not just fighting for their jobs: they’re fighting for their lives.

The Consultant is a biting workplace satire with the horrific touches only Bentley Little could provide.

“Why aren’t more horror novels set in the workplace? Surely few things strike fear into the heart more than the squeak of the boss’ shoes rounding the credenza, a memo about an emergency sales meeting, or an accidental reply-all email…As suicides and ‘accidents’ mount…This is ink-black dark comedy at its chortling, devious best. Bosses who get the joke should be handing this out with the Christmas bonuses.”—Booklist (starred review)