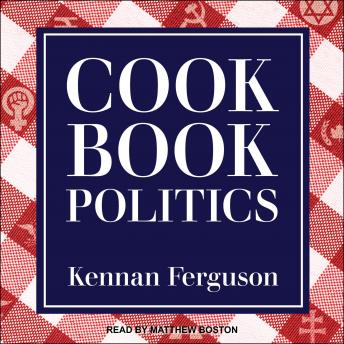 Cookbooks are not political in conventional ways. They neither proclaim, as do manifestos, nor do they forbid, as do laws. They do not command agreement, as do arguments, and their stipulations often lack specificity-cook 'until browned.' Yet, as repositories of human taste, cookbooks transmit specific blends of flavor, texture, and nutrition across space and time. Cookbooks both form and reflect who we are.

Cookbook Politics argues that cookbooks highlight aspects of our lives we rarely recognize as political-taste, production, domesticity, collectivity, and imagination-and considers the ways in which cookbooks have or do politics, from the most overt to the most subtle. Cookbooks turn regional diversity into national unity, as Pellegrino Artusi's Science in the Kitchen and the Art of Eating Well did for Italy in 1891. Politically affiliated organizations compile and sell cookbooks-for example, the early United Nations published The World's Favorite Recipes. From the First Baptist Church of Midland, Tennessee's community cookbook, to Julia Child's Mastering the Art of French Cooking, to the Italian Futurists' proto-fascist guide to food preparation, Kennan Ferguson demonstrates how cookbooks mark desires and reveal social commitments: your table becomes a representation of who you are.