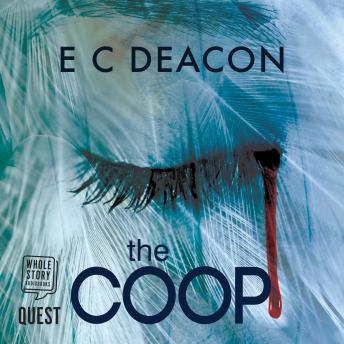 The Coop is a compelling and utterly gripping serial killer thriller from debut author E C Deacon. It will appeal to fans of authors like Rob Ashman, Charlie Gallagher and Caroline Mitchell.

Everyone has a calling. His is murder... When a woman staggers, naked, from a river, she has no idea that she's been saved from a killer. Laura Fell is horrified when she discovers of her friend Gina's suicide. Everton Bowe, a cop whose career is as dead as his marriage, is handed the case. Was it really suicide? Meanwhile, DC Helen Lake, insists there are similarities between the traumatized river woman and the cold case of three missing women; the victims, she fears, of a serial killer. Is there a serial killer on the loose? If so, what is his motive?