Cosmic Banditos: A Contrabandista's Quest for the Meaning of Life 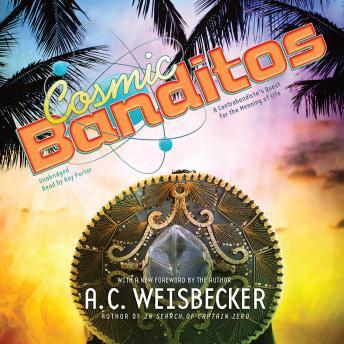 Mr. Quark is a down-on-his-luck pot smuggler hiding out in the mountains of Columbia with his dog, High Pockets, and a small band of banditos led by the irascible José. Times are lean, and to liven up their exile, José decides to mug a family of American tourists. Among the spoils are physics texts, which launch Mr. Quark on a sidesplitting, boisterous adventure north to California, where he confronts the owner of the books with his own theories on relativity, on the nature of the universe, and on looking for the meaning of life in all the wrong places.

Cosmic Banditos: A Contrabandista's Quest for the Meaning of Life