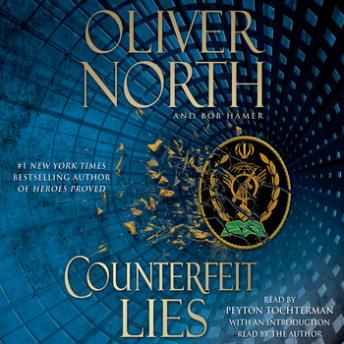 From Oliver North—whose New York Times bestseller Heroes Proved was praised by Sean Hannity as “a heart-thumping ‘must-read’ for every American”—comes a gripping, nonstop thriller that could only be written by someone who has “been there, done that.”

Veteran undercover FBI agent Jake Kruse is investigating a smuggling ring in southern California when his assignment is cut short. A prominent criminal defense attorney wants to hire Jake on another kind of mission: to kill the daughter of a local crime boss.

What began as a “contract killing” soon captures the attention of the CIA, the US Secret Service, and high-level officials in Washington. The undercover agent is plunged into a deadly underworld of North Korean espionage, Hezbollah terror, and the sinister deception Iran uses to acquire nuclear weapons. Caught in a web of international intrigue that goes to the top of the US government, Kruse is forced to confront the ultimate moral quandary: doing what’s right when everything seems wrong.