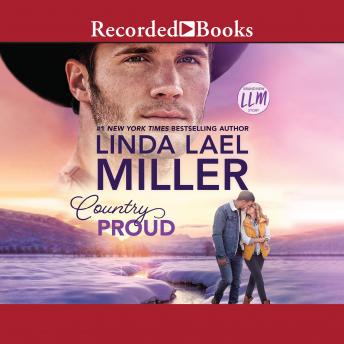 Don't miss Country Proud, the second book in Linda Lael Miller's Painted Pony Creek series about three best buddies whose strength, honor and independence exemplify the Montana land they love. There's something missing from Eli Garrett's life. He loves being the sheriff of Painted Pony Creek, Montana, so it's not his job. He's had the same two best friends since he was a kid and he's grateful for them, so it's not that, either. But ever since his buddy Cord's recent marriage, Eli has a nagging suspicion that he wants what Cord has. And there's a beautiful woman who has caught his eye-someone who's returned to town that he can't get off his mind. Brynne Bailey is spirited and compassionate, and being with her makes Eli feel alive again. But he suspects there's more to her than she is letting on, and he is determined to get to the bottom of it.