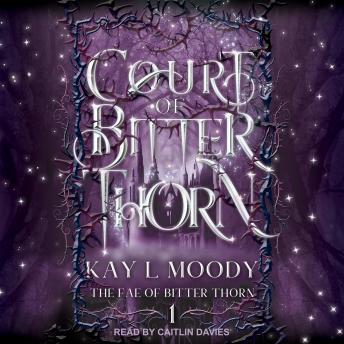 #1 of Fae of Bitter Thorn

Faerie wasn't supposed to be real.

Tricked by a fae prince, Elora is stuck in the Faerie realm far from her young sisters who depend on her for survival. Under the terms of her bargain, she can't go home to the mortal world until Prince Brannick becomes the next High King.

Sabotaging Brannick's chance at the crown will be much faster than helping him win. The fae prince may be charming, powerful, and wickedly handsome, but that won't stop Elora from selling his secrets to the highest bidder.

By day, she uses her master sword skills to train the prince. By night, she conspires with a rival king in a nearby court whose plans could destroy half of Faerie.

Soon, lives are at stake that she never expected. She'll have to choose who to save: her beloved sisters or half the inhabitants of Faerie.

The choice would be easy . . . if a certain prince weren't digging his way into her heart.