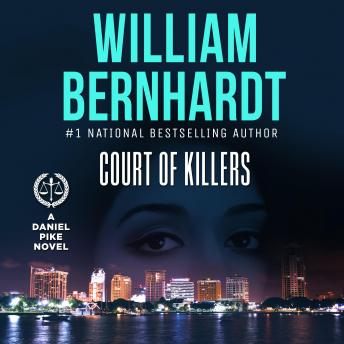 The court of public opinion found her guilty. But one attorney resolved to change the verdict…Attorney Daniel Pike knows the dire consequences of crossing the government. So when rising political star Camila Perez faces charges in a gruesome quadruple homicide, his instincts sense a frame by powerful rivals. But Dan and the Last Chance Lawyers may have a hopeless case when the police discover damning evidence scrawled at the crime scene in blood...

Sorting through incriminating clues in the horrifying murders, Dan pieces together a dark conspiracy. But just when it seems he might have a rebuttal, a social media leak sparks a nationwide outcry for conviction.

Can Dan foil the vicious scheme before Perez and her career go up in flames??

Court of Killers is a standout book in the gripping Daniel Pike legal thriller series. If you like intricately plotted suspense, gritty courtroom drama and surprising twists and turns, then you’ll love William Bernhardt’s captivating novel.

Buy Court of Killers to hear a determined lawyer unmask a murderer today!