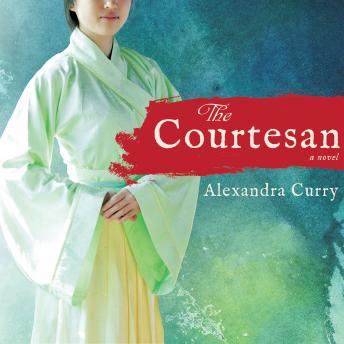 An astonishing debut novel inspired by the life of the legendary Qing dynasty courtesan, Sai Jinhua. The year is 1881, the era of Chinas humiliation at the hands of imperialist Europe. Seven-year-old Jinhua is left alone and unprotected, her life transformed after her mandarin fathers summary execution for the crime of speaking the truth. As an orphan, she endures the brutal logic of a brothel-keeper, who puts her to work as a so-called money tree, and she survives the worst of human nature with the friendship and wisdom of the crippled brothel maid. When an elegant but troubled scholar takes Jinhua as his concubine, she leaves both the trauma of brothel life and the comfort of friendship behind and encounters for the first time the tantalizing and elusive notion of “Great Love. She travels with her emissary husband to Europe and discovers there the mesmerizing strangeness, irresistible sensualities, and exotic possibilities of fin de si egravec le Vienna, while struggling against the constraints of tradition and her husbands wishes. Sai Jinhua is an altered woman when she returns to a changed and changing China, where a terrible clash of East and West is brewing, and where her western sympathies will ultimately threaten not only her own survival but the survival of those who are most dear to her. The Courtesan is a timeless tale of friendship and sacrifice, temptation and redemption; the story of a woman's journey to discern what is real and abiding, and a book that shines a small light on the large history of China's relations with the West.